Under construction for four months and crafted from 1.5 million LEGO bricks, the new Star Wars miniland recreates scenes from each of the six Star Wars movies, and a seventh from the animated series Star Wars: The Clone Wars.

As of 10:00am this morning, it is officially open!

Opening in November 2012 and crafted entirely from 1.5 million LEGO bricks, the interactive area will include scenes and characters from the iconic movie series. During the morning announcement event, Legoland Florida General Manager Adrian Jones revealed a massive Millennium Falcon starship as well as a life-sized Darth Maul, the horned, red-faced villain introduced in Star Wars Episode I. (See the video below.)

Click the play button to start the video. Note: Our videos do not stream in HD by default to ensure fast performance. If you would like to view the video in HD, start the clip and then adjust the bitstream to 720p or 1080p. 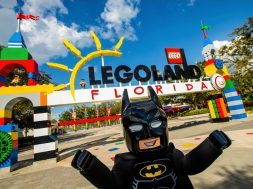